10 Must See Stops on Route 66 in Arizona

Arizona boasts itself as one of the few states along the historic Route 66 that has several miles of the original roadbeds still open, and the traffic congestion is minimal! A majority of the cities along the way are small, but the largest stop is the city of Flagstaff which is home to roughly 72,000 residents. Check out these 10 fascinating stops that you can make when traveling Route 66 through Arizona!

If you are traveling from the starting point in Illinois, the first stop you will want to take is at the Petrified Forest National Park within the Painted Desert. You and your family or friends can stroll through colored badlands that are dotted with logs from millions of years ago. If you are a fan of museums check out the Painted Desert Inn. It used to be a popular stopping point for Route 66 travelers but has since been converted into a museum. A few must-do things are hiking the Blue Mesa Trail, taking in the views at Tawa Point and visiting Newspaper Rock to observe over 600 ancient polygraphs. The Rainbow Forest contains the highest concentration of petrified wood and you will also find the Agate House here.

To get to this little park known as, Little Painted Desert County Park, you have to take a 15 minute detour that is well-worth your time. The Painted Desert is a large range of colorful badlands that go on for over 160 miles from the eastern end of the Grand Canyon to the Petrified Forest National Park. Unlike the Petrified Forest, this park offers a glimpse of this colorful landscape for free. Although there are no designated trails, visitors are free to explore and hike around the park.

The Wigwam Motels are a chain of motels that were constructed during the 1930s and 1940s. Vintage cars and cozy tipis are the highlights of these structures. Of the seven original locations, two were built along Route 66 in Holbrook and San Bernardino. These two locations and an additional one in Kentucky are the only three that remain and are listed on the National Register of Historic Places.

Do you love the popular Eagles song, “Take It Easy”? Well now you can be like the lyrics and stand on a corner in Winslow, Arizona! This famous song is what helped put this old railroad town on the map and there is even a statue to commemorate the song. As you walk down the streets of this town you will feel like you were transported back in time while being in one of the most iconic stops of Route 66. There are several cafes lining the block, and if you want a sandwich and an old-fashioned malt make sure to stop by the Sipp Shoppe.

This is a fascinating yet tragic and obscure attraction along the Route 66 roadside. This ghost town is located at Canyon Diablo, which is the site of the Apache Death Cave. It is rumored that Billy the Kid also hid out in Canyon Diablo and that the money he stole during a train robbery is still buried somewhere within the canyon. When Route 66 began to boom, Two Guns became a popular trading post and the death cave was marketed as a tourist attraction by Harry Miller. As a town rumored to be haunted by ghosts, you won’t go without noticing the eerie feeling in the air while visiting here!

Here you will find the best preserved meteor impact site in the entire world. This crater was formed roughly 50,000 years ago and is nearly a mile wide. The discovery center is interactive and is packed with hands-on exhibits and loads of information, but the highlight is the observation deck that overlooks the crater. An interesting fact is that in the 1960s and 1970s, Apollo astronauts actually trained at this sight because of its similarity to lunar craters.

Route 66 runs right through the heart of this town where lots of the nostalgia and charm has been preserved. At the visitor center you can pick up a map for a free Route 66 walking tour and a haunted historic Flagstaff walking tour. You will come across original diners, vintage motor lodges and murals that nod to the original road. As you explore the town you will find many Route 66 landmarks including the Western Hill Motel that looks just as it did when it first opened its doors in the 1950s. Stop by Miz Zips, serving pies since 1952, or if you are a lover of brunch and fun decor, head over to the Toasted Owl.

This is the last Route 66 town that was bypassed by I-40 leaving its main street filled with classic Route 66 souvenir shops, retro diners and neon signs. If you are hungry after a long day of traveling, grab a hearty American breakfast at Jeff’s Place at Goldie’s. While in Williams, make sure to check out Bearizona, which is a drive-through wild animal park. There is also a traditional zoo that you can walk through and see the different animal habitats. This town is also considered the gateway to the Grand Canyon, so if you have the time try spending a day there. Here you can find the Route 66 shield painted along an open stretch of road and see one of the cities that inspired the movie Cars. Radiator Springs was heavily influenced by various Route 66 towns, but particularly Seligman. If you are a fan of Diners, Drive-ins and Dives, you can find one of the featured restaurants here, Roadkill Cafe. Guy Fieri enjoyed the “Buffalo Burger”, which is a very popular menu item for good reason!

On your way to this town, stop by the Grand Canyon Caverns which are the largest dry caverns in the world. You can also dine 21 stories below the ground at the Caverns Grotto Restaurant. You can even stay at the Grand Canyon Caverns Suite which is the darkest, deepest and oldest motel room in the world. Peach Springs was previously one of the busiest cities along Route 66 between Flagstaff and Kingman. Two notable attractions here are the historic Peach Springs Trading Post and the preserved John Osterman Shell Station. 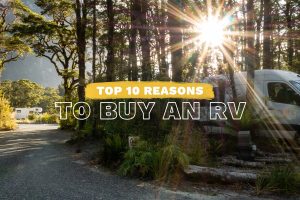