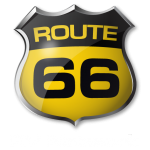 If you’re planning a trip through the Midwest down U.S. Highway 66, be sure to add stops in Oklahoma to your list. From the large Buck Atom statue to vintage motorcycles, there is so much to see and do. Take a look at our list of the 10 best stops along Route 66 in the Sooner State! You can enter Vintage Iron at no cost, but they do gratefully accept donations. This museum features vintage motorcycles from Harley, Ducati and Indian. Bike enthusiasts are sure to be impressed by an original 1917 Harley Davidson, and don’t forget to check out the X-rays from Evel Knievel. Consider purchasing a vintage motorcycle t-shirt or a piece of Route 66 memorabilia from the gift shop during your visit!

The Afton Station is a small, private antique car and Route 66 memorabilia museum that is located in a 30s-era restored filling station. This car museum holds up to 14 vintage automobiles and unique, interesting memorabilia.

The Coleman Theater was donated to the City of Miami by the Coleman family in 1989 and has been beautifully restored to its former glory. It originally opened in 1929 as a theatre and movie palace and was designed to bring a touch of glamour to the city. The theatre is now open for tours and is packed with stories regarding its supernatural history and past glories.

Originally built in 1898, this barn is 60’ in diameter and 45’ in height, and the town of Arcadia, Oklahoma claims it to be the only “true” round barn. Since then, it has been restored to its previous glory and the loft space can be rented for events. The Round Barn is a unique stop along Route 66!

The Cyrus Avery Centennial Plaza aims to celebrate the achievements of Cyrus Avery, who is often credited as the “Father of Route 66”. The plaza features the flags of the eight states along Route 66, bronze statues including an old automobile featuring Will Rogers, and additional conveniences such as the Route 66 Skywalk, a park, and a pedestrian walkway.

This whale was built in the early ‘70s as an anniversary gift from Hugh Davis to his wife, Zelta. The Blue Whale of Catoosa used to serve locals and Route 66 travelers as a place to swim, fish and picnic. Although swimming is no longer permitted, this whale has been given a new coat of paint and the picnic area has been restored in recent years. This smiling attraction welcomes all visitors driving down Route 66 in Oklahoma – stop to say hello!

The National Cowboy and Western Heritage Museum has over 28,000 exhibits that celebrate Western and American Indian culture. It also holds a huge collection of artworks and historical artifacts including the American Cowboy Gallery, the American Rodeo Gallery, the Native American Gallery, and the Weitzenhoffer Gallery of Fine American Firearms. You can also visit Prosperity Junction, a 14,000-square-foot authentic Western prairie town.

The Route 66 Museum covers over 60 years of the U.S. Highway 66’s history. This museum showcases vehicles, artifacts, photographs, and an audio tour narrated by Michael Wallis, the author of Route 66: The Mother Road. This is a fun stop for you and your family and several efforts have been made to ensure that the exhibits are both eye-catching and informative.

The Sandhills Curiosity Shop is located in the City Meat Market, Erick, Oklahoma’s oldest building. It contains a crazy assortment of Route 66 memorabilia and became well-known thanks to its owners, Harley and Annabelle, who spontaneously burst into song and provide performances for all visitors. From 1941 to 2000, Lucille Hamon operated this tiny gas station and was often referred to as the “Mother of the Mother Road,” thanks to her hospitality to Route 66 travelers. Since then, it has been restored including a marker that tells the story of Lucille and her family. This stop is also a great photo opportunity along U.S. Route 66! 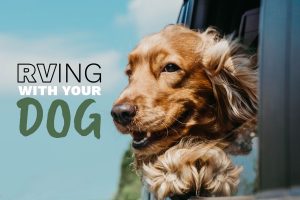